A water main break flooded a condominium parking garage Sunday morning in Minneapolis, and some believe it happened in part because of Southwest Light Rail Transit construction close by — which has already caused damage to the building.

Vanne Owens Hayes, president of Cedar Isles Condominium Association, told 5 EYEWITNESS NEWS she suspects work on the SWLRT project contributed to the break and flood that forced some residents to move their vehicles out of the water’s way.

“I suspect that it is due to the project being adjacent to our building and the construction of a tunnel for the light rail some 65-feet deep,” said Owens Hayes. “I could see Sunday morning when I took a look that it looked sort of icy and I am not sure it was all ice, but it was a block-long where the water from the broken main had traveled.”

The condos are renovated grain silos that were originally built in the 1920s. Owens Hayes told KSTP construction of the SWLRT tunnel was stopped last month after cracks were discovered in the hallways and common areas of the condo tower.

“And so we’re concerned about them repairing the building for the damage that’s done and restoring it to its original condition and then we don’t want any further damage done to the building, “ said Owens Hayes.

The Metropolitan Council and Metro Transit have hired an independent contractor to determine if the damage in the condo tower is directly related to the SWLRT construction project. 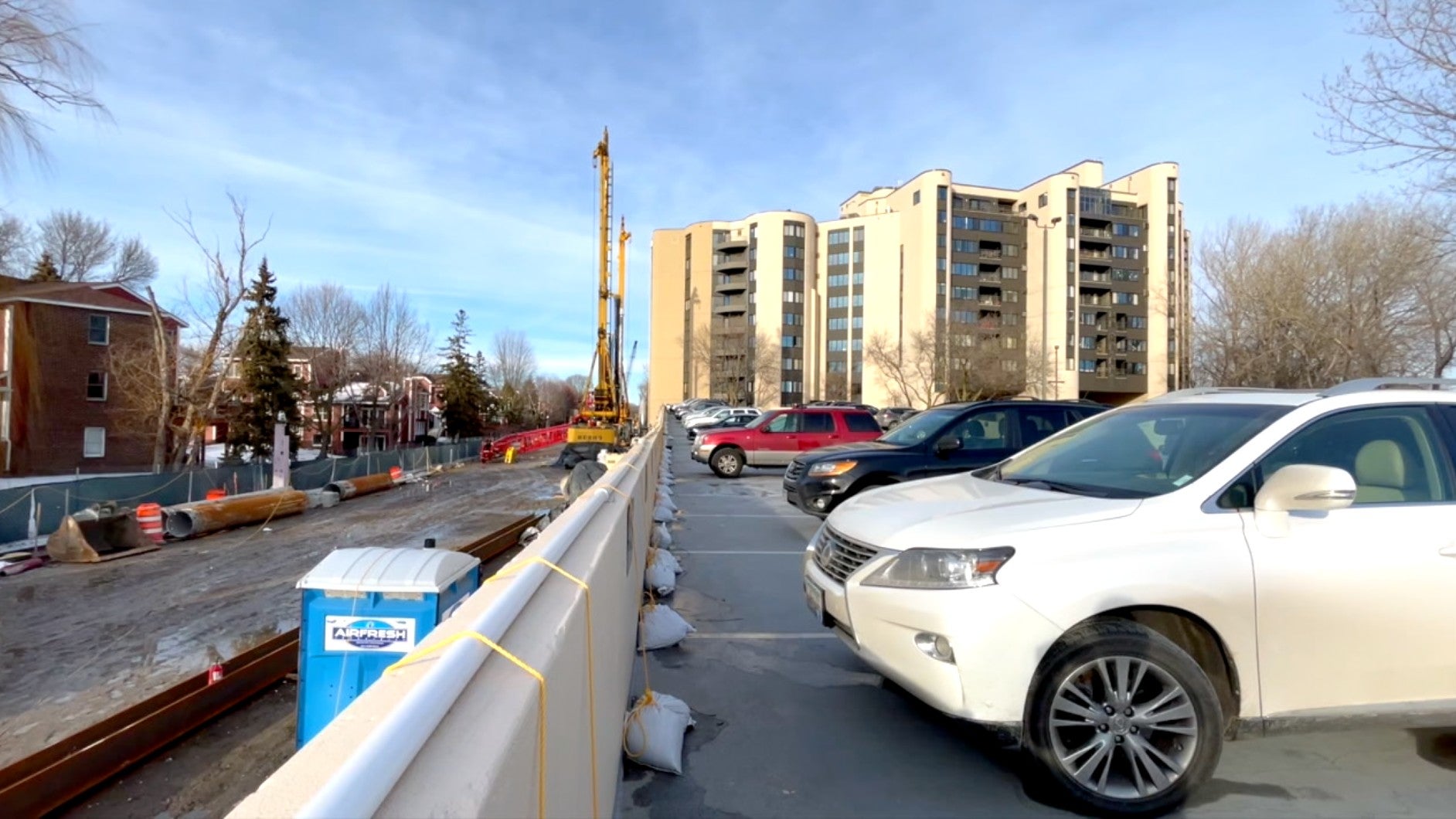 “At approximately 7 a.m., Sunday, February 20, a water pipe near the Cedar Isles Condominiums failed, causing localized flooding in the construction area and the Cedar Isles Condominium parking structure.  The source of the flooding has been identified and shut off, and pumps are operating to remove the water from the parking structure and construction site.  METRO Green Line Extension crews are on site investigating the incident.”

Another condo association board member told KSTP that they are considering litigation if the Met Council does not fix the problems.

The City of Minneapolis did not respond to requests for comment.