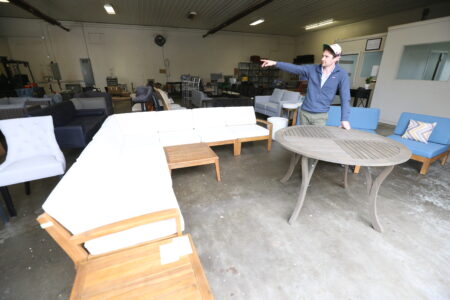 Addison Shockley, founder and CEO of Ready for Good Co., talks about the store’s merchandise and the nonprofit’s mission on Friday, April 22, 2022.

Forrest Gump can spout all he wants about life being “like a box of chocolates,” but a new Lawrence nonprofit thinks a box of unassembled furniture may be more apt.

In a small warehouse in North Lawrence, a group of about 10 “transitional youth” — kids typically 16 to 24 years old who have been or are in the foster care system or the juvenile justice system — await a truck to pull up to the overhead door.

In it is overstocked, damaged or returned furniture items — all in pieces. Putting them all back together is both a business venture and a life lesson for those who are part of the new nonprofit Ready for Good Co.

“Most of the time, it comes with an allen wrench and instructions,” said Addison Shockley, founder and CEO of Ready for Good Co.

Following instructions is one life lesson. Often, the furniture is damaged a bit, requiring the young people to learn some basic carpentry or mechanical skills to fix the item. The need to learn new skills is another life lesson.

And then, there’s economics. The nonprofit sells the items both through an online store and an in-person retail location that it runs at the warehouse, 1410 N. Third St. That involves pricing the item, writing a description for its online listing, taking photographs, and using technology to get the item posted and promoted on the internet.

As for the in-person retail operation, there’s plenty to learn about cash-handling and customer service.

All of that from opening up a box of unassembled furniture.

“There’s a lot of opportunity to get a variety of skills,” Shockley said. 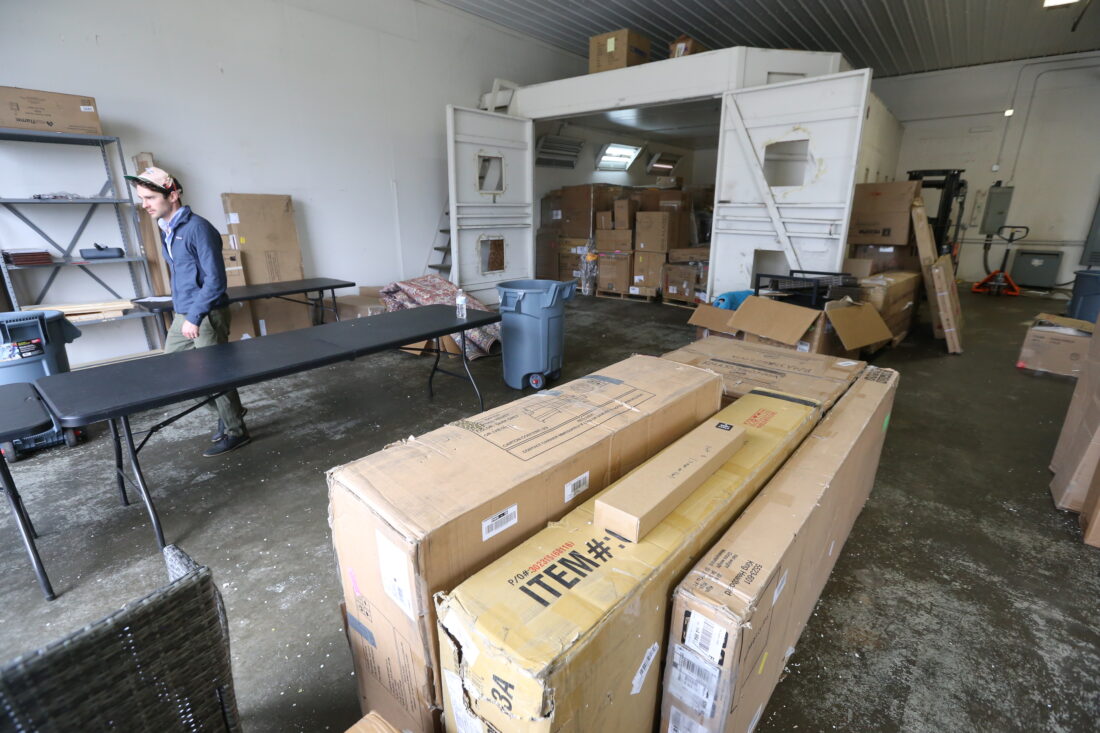 Addison Shockley, founder of Ready for Good Co., walks past boxes of furniture that await assembly by the youth the nonprofit serves.

The young people also get cash. The nonprofit pays them $8 an hour for their work, Shockley said. While the money is important, Shockley said the skills are more important. But there likely is another element to the operation that’s even more important than the skills the youth learn. It is the relationships they form.

Shockley worked for five years providing case coordination at O’Connell Youth Ranch, a Lawrence-based nonprofit that works with youth in the foster care system. It was a tough job, evidenced by the high turnover rates among staff members there and in other social service agencies.

Such turnover creates all types of operational issues for an organization like that, but it also creates a real issue in the lives of the youth.

“A real hurdle for them is not having a consistent relationship in their lives,” Shockley said.

Shockley began thinking that an organization like Ready for Good Co. could provide that type of relationship. The idea is that the organization wouldn’t try to do everything that a place like O’Connell must do. The ranch is responsible for providing housing, food, security, education and so many other things for the youth, which can make the task overwhelming for everyone involved, Shockley said.

“Part of the emphasis in creating Ready for Good Co. was let’s just take a bite out of the pie and try to teach them job skills and emotional skills,” Shockley said.

That’s what the organization has been doing since it received its first truckload of furniture in early April. Now the nonprofit is spreading the word about how the public can become involved, which is largely by being shoppers.

Already after just one truckload, the store has a good amount of merchandise, ranging from outdoor furniture to sofas to chairs to floor lamps and quite a bit more. Given that the merchandise is overstock or returned items, the store’s business model is to sell the items at a big discount compared to the recommended retail price. 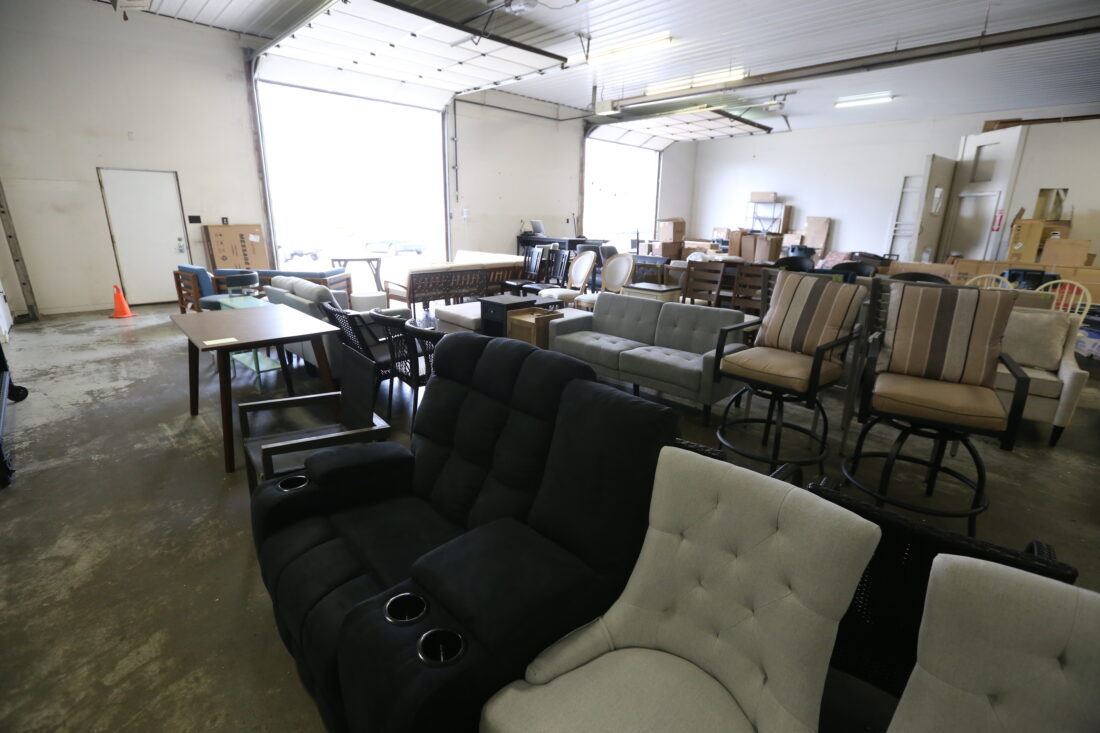 Ready for Good Co. in North Lawrence sells a variety of furniture, including both indoor and outdoor furniture.

The proceeds go to pay the youth and to fund the other operations of the nonprofit, which will include some class work and seminars.

“One of the bread-and-butter parts of our program will be to provide them classes on how to create a résumé and how to interview for a job,” Shockley said.

The in-person retail store is open from 10 a.m. to 6 p.m. Wednesday through Saturday at 1410 N. Third St. If you are having a hard time picturing the location, it is north of the Kansas Turnpike. You’ve perhaps noticed a sign for Paul Davis Restoration. The store is in that complex of shops and warehouses.

The online store operates at shopreadyforgood.com.

While Shockley said he’s definitely in the furniture business for the good it can do for the youth, he also said he thinks the store will meet an important need for affordable furniture in Lawrence. He knows that is a business that can be successful because he watched his parents, and now his brother, run a furniture store in Lee’s Summit, Missouri.

It was while spending time in that furniture store — which sells some overstock items but doesn’t have the youth component to it — that the idea for a new furniture-based nonprofit struck Shockley.

So far, the idea has not disappointed him. The youth are learning, and the boxes keep coming. The store’s second semi-load came recently, and the boxes await opening in a storage area. Shockley said most of the shipments include some non-furniture items that the store puts in a special miscellaneous corner. The first shipment, for instance, included a children’s boxing bag set.

“It keeps it interesting because every time someone comes in, they can expect to find a ton of furniture and some fun, random stuff,” he said.

Or, as some goofball philosopher once said, “you never know what you’re going to get.” 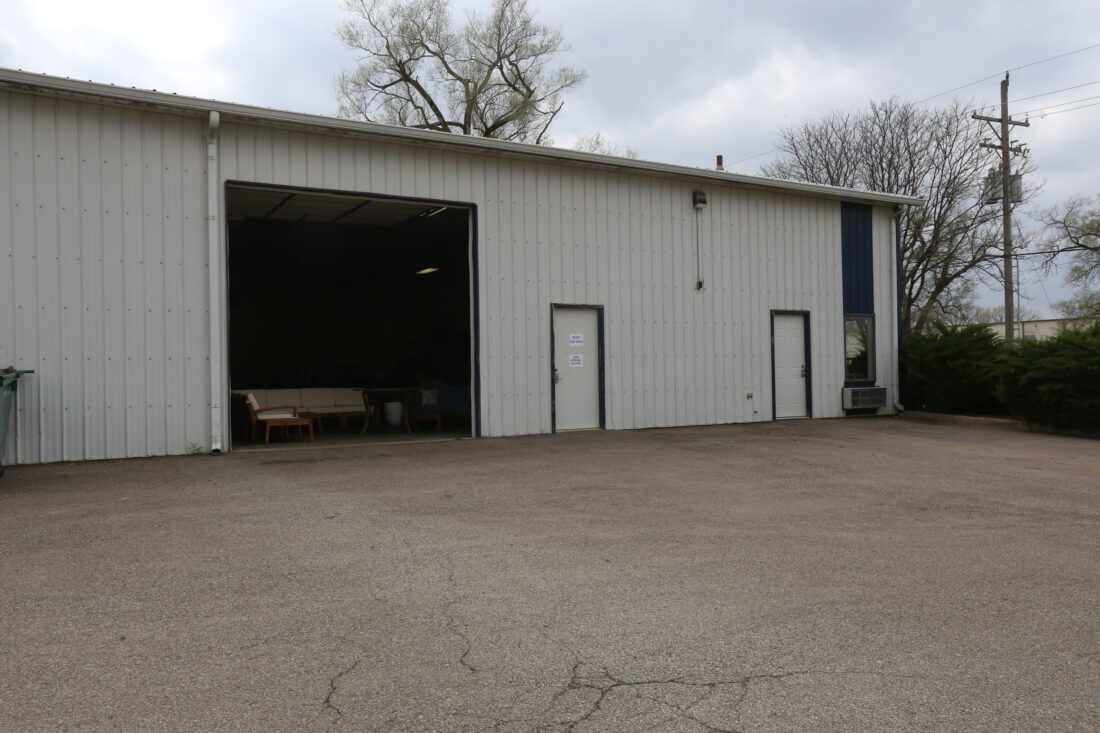 Musk set to auction off Twitter furniture, other items from HQ as company is reportedly behind on rent